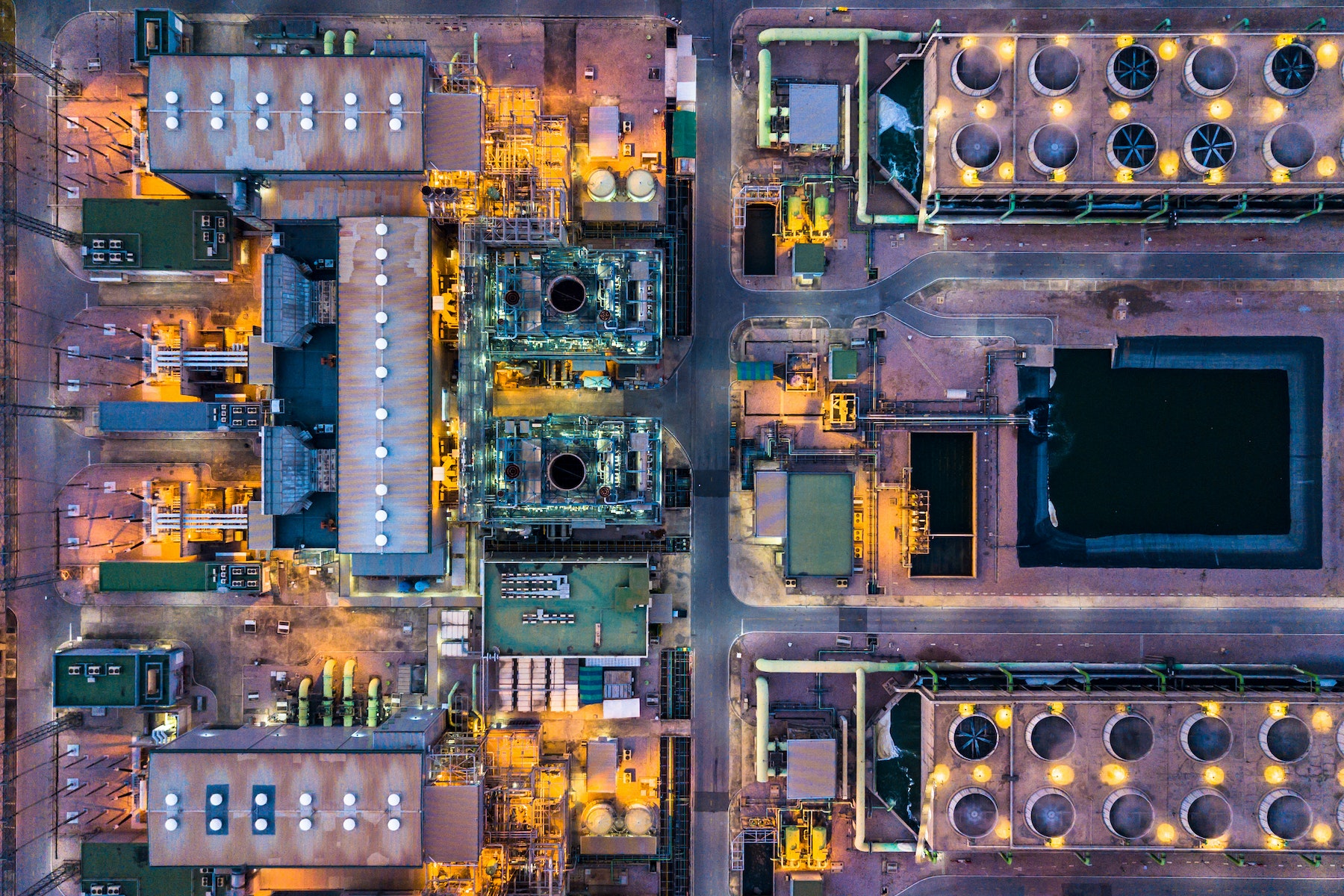 The heating equipment market continues to be dominated by fossil fuel-based equipment and less-efficient conventional electric heating technologies, which make up almost 80% of new sales. However, sales of heat pumps and renewable heating equipment such as solar hot water systems have increased, representing more than 10% of overall sales in 2019. To be in line with the SDS, the share of clean heating technologies – heat pumps, district heating, renewable and hydrogen-based heating – needs to more than double to 50% of sales by 2030.

Energy use for space and water heating has remained stable since 2010, with heating energy intensities (i.e. final energy use per m2) decreasing by only 2% per year since 2010 – insufficient to offset floor area growth.

Most reductions in heating energy intensity have resulted from improvements in construction energy performance thanks to building energy codes that reduce space heating demand, particularly in Canada, China, the European Union, Russia and the United States.

Meanwhile, due to limited changes in fuel use and space and water heating product efficiencies, performance enhancement of the heating equipment stock remains marginal.

Fossil fuel-based and conventional electric equipment, such as electric resistance heaters and water heaters, continue to dominate the global buildings market, accounting for around 80% of heating equipment sales in buildings globally, excluding the traditional use of biomass.

To be in line with the Sustainable Development Scenario (SDS), the share of clean energy technologies such as heat pumps, solar thermal heating, low-carbon district energy systems and biomass boilers, as well as hydrogen boilers and fuel cells, needs to exceed 50% of new heating equipment sales by 2030.

Alongside building envelope improvements, deployment of these low-carbon high-efficiency heating technologies would help reduce average global heating energy intensity by around 4% annually in the next decade. The combined effects of efficiency improvements, fuel-shifting and power sector decarbonisation would reduce buildings’ heating-related emissions 30% by 2030.

The SDS calls for a drastic shift to clean energy technologies

Nearly 20 million households purchased heat pumps in 2019, up from 14 million in 2010, but most of this growth is from higher sales of reversible units that can also provide air conditioning, which reflects rising cooling demand. In Europe, heat pump sales increased 25% in just two years, with high numbers of air-source heat pumps sold but steeper growth in heat pump water heaters.

Nevertheless, heat pumps still meet less than 5% of global heating needs in buildings. While more efforts are needed to put heat pumps on track to meet SDS targets, only three countries explicitly mentioned heat pumps for water heating in residential or commercial buildings in their NDCs submitted as part of the Paris Agreement.

Heat pumps are the fastest-spreading heating technology in the SDS

Twenty-two countries, mostly in the Caribbean, the Middle East and sub-Saharan Africa, included using solar energy as part of their sustainable energy actions for heating and cooling buildings. While 90% of the installed solar thermal systems are used for water heating in single- and multi-family homes, their application is beginning to broaden to industrial and district energy systems.

Another use of solar heat from PVT technology (solar panels coupling PV and thermal heat production) is now emerging and promises to enlarge the traditional solar domestic hot water segment of the market.

Globally, however, solar thermal technology met only 2.1% of space and water heat demand in 2018. This falls short of the 10%-per-year increase needed by 2030 under the SDS to meet 8% of buildings sector heat demand (106 Mtoe). Efficient global incentivising policies are needed in numerous countries to make solar technologies competitive with very low-level fossil fuel-based heat.

The use of modern and efficient bioenergy for heat in buildings also remains off track, with little uptake of high-efficiency biomass boilers and stoves outside of Europe and North America, where policy support is available.

Stronger policy support for renewables is clearly needed, as only 20% of countries had national targets for heating and cooling as of 2018 – even fewer than the year before.

District heating systems continue to meet a large portion of heat demand, especially for space heating, in many parts of China, Russia and Europe. The number of new connections has increased 3.5% per year since 2010, owing particularly to China’s extensive network.

Significant effort is still needed to reduce the carbon intensity of district heating, which has remained relatively constant across the globe in recent years. China’s reliance on coal makes heat production particularly carbon-intensive, releasing around 400 gCO2/kWh. Greater policy attention to air pollution in China (e.g. through the recovery of excess industrial heat) promises to reduce the energy and carbon intensity of district heating.

The solar district heating market is dynamic, and in addition to Denmark, several other countries in Europe and Asia are promoting system development. Synergies with solar power systems are also being explored.

Cities and districts are in a position to lead the energy transition, often setting more ambitious targets than their national counterparts, as district energy networks provide the infrastructure for greater energy security and renewable energy integration.

Hydrogen is scarcely used in the global buildings sector, although hydrogen-ready equipment stocks are expanding and the number of hydrogen demonstration projects is increasing, including hydrogen-blending in some natural gas networks.

In Japan, the number of ENE-FARM hydrogen-ready fuel cells deployed annually remains steady, with a cumulative 305 000 units installed at the end of March 2019.

In Europe, the ene.field demonstration, launched in 2012, has installed more than 1 000 small stationary fuel-cell systems for residential and commercial buildings in ten countries. Another project is the H21 demonstration in the United Kingdom, which will demonstrate the potential for direct hydrogen use to reduce the carbon intensity of heat demand using steam methane reformers with CCS.

The Sustainable Gas Institute of Imperial College London develops analyses to improve the understanding of the role of gas in future low carbon energy systems. In addition, the UK Hy4Heat project, which is also evaluating hydrogen potential for heating and covers all stages from appliance certification and quality standards to demonstration, is set to be launched in the second quarter of 2020.

In France, a government-supported hydrogen-blending demonstration project is injecting hydrogen into a local gas network at Dunkirk. The first injections, using a 6% hydrogen blend (by volume), were realised in June 2018, and further blends of up to 20% will be tested, depending on the price of renewable electricity.

Hydrogen-based solutions are being explored

Governments have a key role in setting long-term market signals to direct industry and investor decisions towards sustainable equipment for buildings. On a global scale, fuel-pricing strategies (including taxes and subsidies) need to ensure market equality for all technologies; removing subsidies for fossil fuels is a first step.

In addition, many countries could build upon ongoing efforts to implement CO2-based taxes. This could be done in Europe via the energy taxation directive, and the EU ETS could be adjusted to cover fossil fuels used in heating systems of less than 20 MW.

At the very least, governments everywhere need to implement and update MEPS for heating equipment to steer markets towards clean-energy technologies. These could be technology-neutral to encourage product innovation and industry competitiveness.

As energy efficiency savings will generate long-term system cost reductions, governments could also promote clean-energy technologies by offering public subsidies for low-income households that may find it difficult to afford them.

For instance, Canada aims for the energy performance of all space heating technologies to be greater than 100%, but it has not specified which technology or fuel should be used to meet this goal.

Countries can also expand and improve labelling schemes for heating equipment (e.g. through energy labels) to increase consumer awareness of energy technology choices. Informational tools could make use of the increasing quantity of building energy data available through digitalisation, as long as the underlying data management frameworks address data privacy and cyber-related issues.

In addition, governments could work together to improve monitoring, verification and enforcement of heating technologies, and collaborate with industry and trade associations to ensure proper equipment installation and maintenance.

As cities are at the heart of the decarbonisation challenge, co‑operative and integrated governance is required to ensure the alignment of local and national policies. District heating and cooling in particular should be an integral part of building renovation strategies in urban environments.

Make better use of traditional yet effective policy tools

Standards and labelling work best when they are part of a wider market transformation strategy. For example, rebates and procurement policies can be employed at different points of the value chain to support energy-efficient technology deployment.

Regulators can also set performance standards or targets that are more stringent than the minimum lifecycle cost (which is common practice) and apply more ambitious requirements, including technology-forcing standards that could stimulate further innovation of clean energy solutions for heating.

To put heating in line with the SDS, policies should set ambitious targets, followed by rigorous performance standards to introduce a larger proportion of high-efficiency low-carbon equipment into the market. This is especially important given the long lifespans of many heating technologies (for example, some gas boiler installations are guaranteed for 25 years).

Policies, including innovative business models proposed by energy service companies, need to address the upfront costs of clean energy products. Innovative instruments also include guarantees of origin for renewables-based heat as a source of additional revenue for operators.

Perspectives for the Clean Energy Transition: The Critical Role of Buildings explores the critical role of buildings in meeting climate change targets, using clean energy solutions that exist today. It considers the investments and strategies needed to enable the buildings sector transition, and the multiple benefits of transformation, including improving the quality and affordability of energy services in buildings for billions of people.

The IEA Energy Conservation and Energy Storage Technology Collaboration Programme facilitates integral research, development, implementation and integration of energy storage technologies to optimise the energy efficiency of all kinds of energy systems and to enable the increasing use of renewable energy instead of fossil fuels.

The IEA Heat Pumping Technologies Technology Collaboration Programme is a non-profit organisation that aims to accelerate the implementation of heat pump technologies, including for air conditioning and refrigeration, especially when they can reduce energy consumption and increase the use of renewal energy sources for the benefit of the environment.