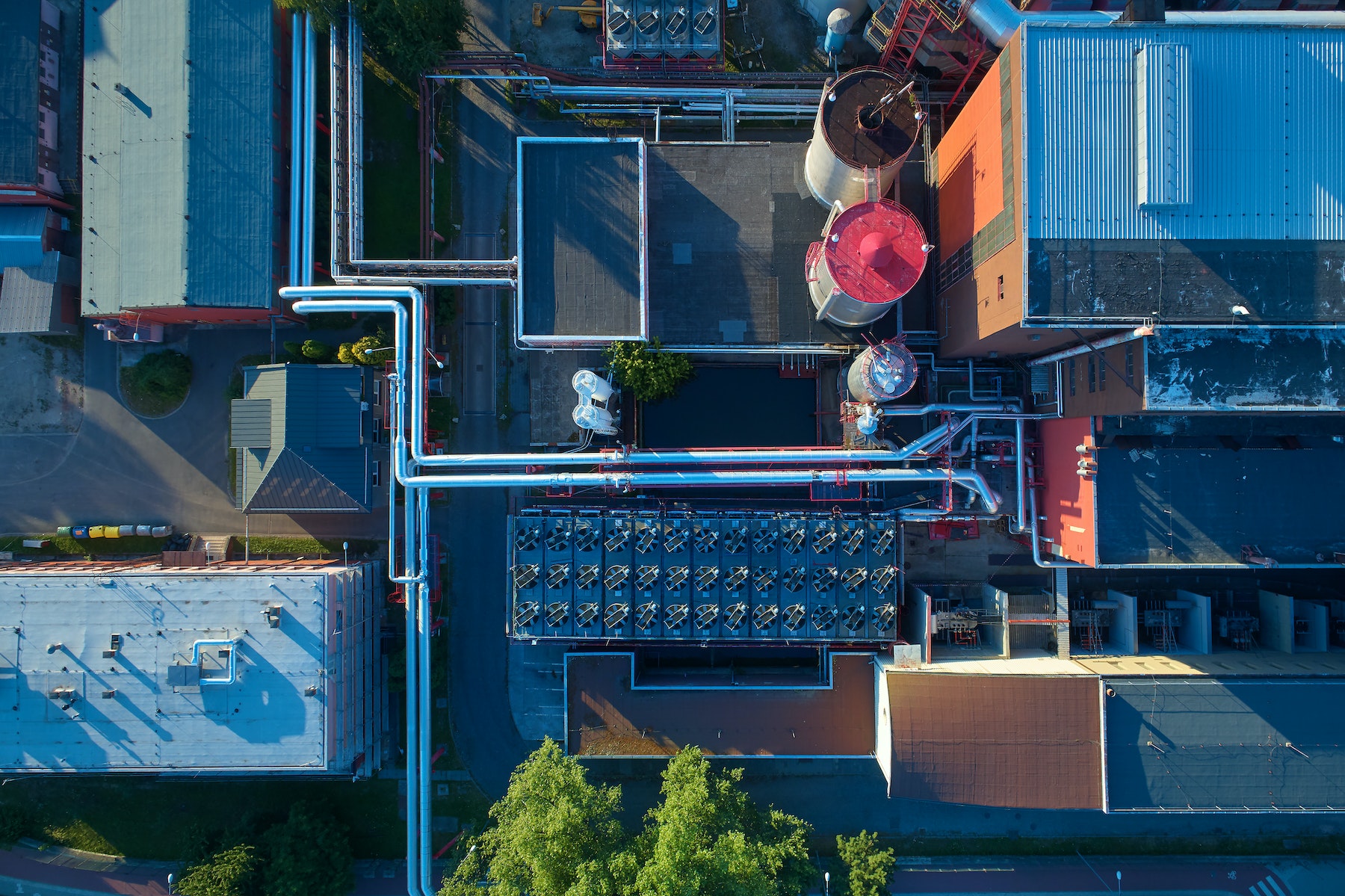 Nearly 20 million households purchased heat pumps in 2019. Even if some are reversible units that only partially cover space and water heating needs, growth is evident across all primary heating markets – North America, Europe and Northern Asia. Although heat pumps have even become the most common technology in newly built houses in many countries, they meet only 5% of global building heating demand. As their share is required to triple by 2030 under the SDS, further policy support and innovation are needed to reduce upfront purchase and installation costs, remove market barriers for renovations, and improve energy performance and refrigerant alternatives.

Heat pumps continue to meet only a small share of residential heat demand (around 5% in 2019), while fossil fuel-based and conventional electric technologies made up three-quarters of sales globally in 2019.

The construction segment of the buildings sector is responsible for most heat pump technology purchases, and in many countries heat pumps register the highest market share of all heating technologies. In the United States, for example, the share of heat pump sales for newly constructed buildings exceeds 40% for single-family dwellings and is near 50% for new multi-family buildings.

The EU market is expanding quickly, with around 1.3 million households purchasing a heat pump in 2018 (12% annual average growth since 2015). France, Italy and Spain are responsible for half of all sales in the European Union, while Sweden, Estonia, Finland and Norway have the highest penetration rates, with more than 25 heat pumps sold per 1 000 households each year.

However, progress is still needed across the globe to boost uptake in existing buildings.

Heat pump market growth is uneven, with most installations in newly built houses

Air-to-air heat pumps have been rapidly becoming more widespread in recent years and now dominate global sales for buildings. In the United States, for example, annual shipments expanded from 2.3 million units in 2015 to 3.1 million in 2019.

Ground-source heat pumps are less common globally, with annual sales of around 400 000. More than half of the installations are in the United States, where shipments and installations have more than doubled since 2010, partly owing to a 30% federal tax credit available during 2008-16 and 2018-21.

Sweden and Germany are the two main European markets, with 20 000 to 30 000 sold every year in each country. In fact, Sweden has the highest installation rate per capita globally.

Reversible air conditioners that can provide heating and cooling from the same device are very common in some countries, but this implies that heat pumps are not necessarily used as a building’s main heating source.

For instance, reversible heat pumps (e.g. mini-split units) are widespread in urban northern China for summertime cooling, but more than 80% of the population in that region relies on district heating in the winter.

In Japan, Korea, Europe and the United States, reversible heat pumps are commonly used for both heating and cooling.

The typical seasonal performance factor of heat pumps – an indicator of average annual energy performance – has increased steadily since 2010 to nearly 4 today for most space heating applications.

It is common to reach factors of 4.5 or higher, especially in relatively mild climates such as the Mediterranean region and central and southern China. Conversely, in extremely cold climates such as northern Canada, low outside temperatures reduce the energy performance of currently available technologies to around 3-3.5 on average over the winter season.

Regulations, standards and labelling, along with technology progress, have spurred improvement globally. For instance, the average seasonal performance factor of heat pumps sold in the United States rose by 13% in 2006 and 8% in 2015 following two increases in minimum energy performance standards.

Beyond further improvements in the vapour-compression cycle (e.g. through next-generation components), raising the heat pump seasonal performance factor to 4.5-5.5 by 2030 would require system-oriented solutions (to optimise whole-building energy use) and the use of refrigerants with very low or zero global warming potential.

The seasonal performance of heat pumps is improving steadily

Electric heat pumps still meet no more than 5% of heating needs in buildings globally, yet they could supply more than 90% of global space and water heating with lower CO2 emissions – even when the upstream carbon intensity of electricity is taken into account – than condensing gas boiler technology (which typically operates at 92-95% efficiency).

Thanks to continued improvements in heat pump energy performance and cleaner power generation, this potential coverage is a major improvement from the 2010 level of 50%. 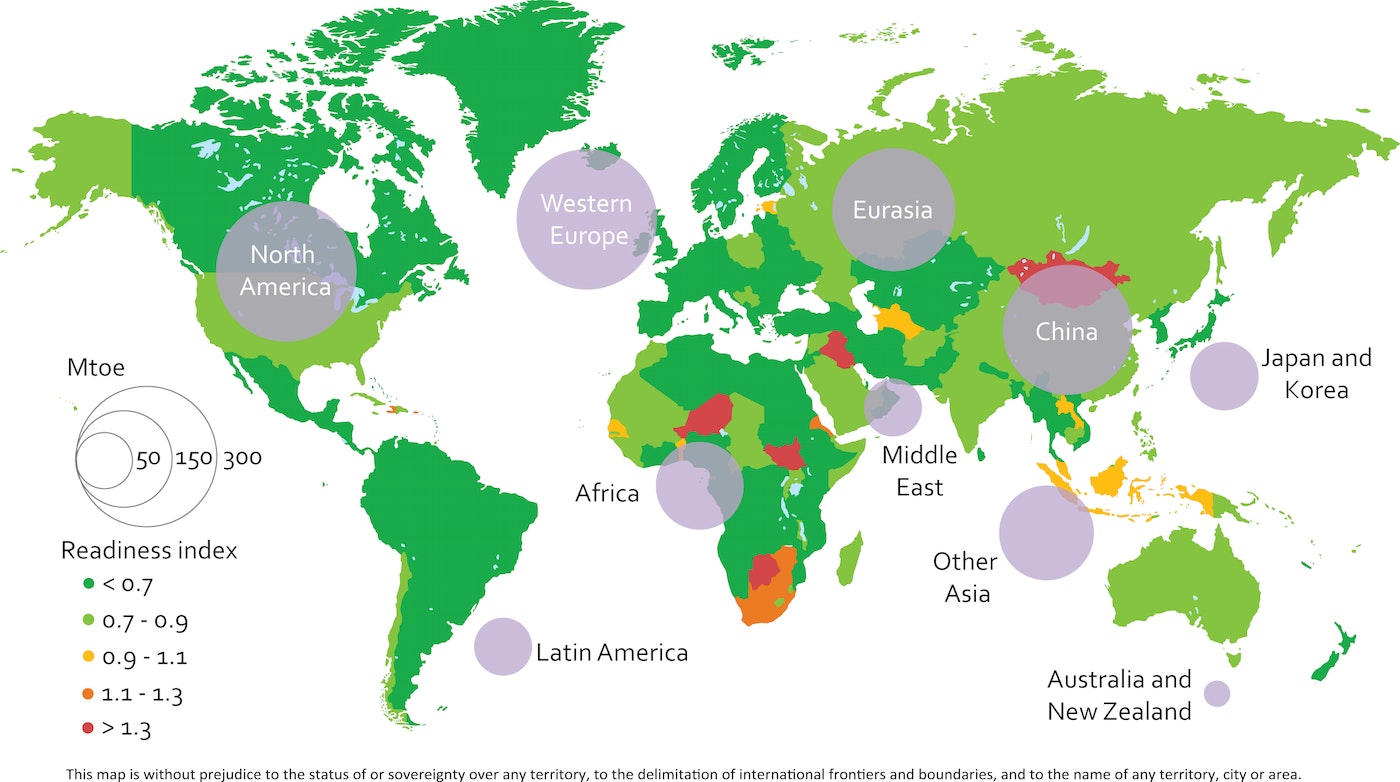 If the index equals 0.8, a typical heat pump would be around 20% less carbon-intensive than a condensing boiler using natural gas.

In China, subsidies under the Air Pollution Prevention and Control Action Plan are helping reduce upfront installation and equipment costs. The Chinese Ministry of Environmental Protection introduced subsidies for air-source heat pumps across various Chinese provinces (e.g. CNY 24 000 to CNY 29 000 per household in Beijing, Tianjin and Shanxi) in February 2017. A similar scheme exists in Japan through its Energy Conservation Plan.

Other programmes specifically target ground-source heat pumps. In Beijing and across the United States, 30% of the initial investment cost is covered by the state. To help achieve its ground-source heat pump deployment target of 700 million m2, China has proposed complementary subsidies (CNY 35/m2 to CNY 70/m2) for other areas such as Jilin, Chongqing and Nanjing.

The United States mandates that products be labelled with a seasonal performance factor for heating as well as minimum energy performance standards for heat pumps.

Such a performance-based incentivising system could indirectly boost performance in the future by encouraging the use of heat pumps in conjunction with local PV production in self-consumption mode. The heat pump would thereby directly consume locally produced green electricity, reducing its net electricity consumption from the public grid.

In addition to mandatory standards, European seasonal space heating performance labels use the same scale for heat pumps (rated at least A+) as for fossil fuel-fired boilers (rated A at most), making it possible to directly compare their performance.

Also, in China and the European Union, the energy source used by heat pumps is classified as renewable heat, which unlocks access to other incentives such as tax rebates.

Canada is considering mandating energy performance greater than an efficiency factor of 1 (equivalent to an equipment efficiency of 100%) for all heating technologies by 2030, which would effectively prohibit all conventional coal-, oil- and gas-fired boilers.

The share of residential heat supplied by heat pumps globally must triple by 2030. Policies therefore need to address barriers to adoption, including high upfront purchase prices, operational costs, and the legacy of the existing building stock.

In many markets, the installed costs for heat pumps relative to potential savings on energy spending (e.g. when switching from a gas boiler to an electric heat pump) often mean that heat pumps may be only marginally less expensive over 10 to 12 years, even with their higher energy performance.

Renovations and heating-equipment replacements could also be part of a single policy framework, as accelerating deployment in new buildings alone will not be adequate to triple residential sales by 2030. Deploying renovation packages involving both building shell elements and equipment upgrades would also reduce heat pump installation costs, which can make up around 30% of the total capital cost of an air-source heat pump and 65-85% for a ground-source pump.

To triple the share of residential heat supplied by heat pumps globally, policies need to address unfavourable fuel prices. High electricity prices and higher upfront costs are still major barriers in most markets, partly due to fossil fuel subsidies and electricity taxes. Electricity prices globally (in USD per kWh equivalent) are approximately twice as high as natural gas prices and can be as much as three or more times higher in some markets.

Narrowing the gap between electricity and natural gas prices would accelerate uptake in market segments that are already expanding (e.g. air-source heat pumps for new buildings) and foster deployment in new ones (e.g. existing buildings).

Harmonising definitions related to heat pump performance would make global benchmarking less challenging, given the current diversity of testing procedures and definitions. Definitions currently change from region to region, whereas for conventional heating technologies such as natural gas-fired boilers they are more consistent. Even once harmonised, however, heat pump performance definitions should continue to reflect the variety of heat sources, heat sinks, operational contexts and climate conditions.

Energy performance definitions can also be integrated into minimum performance requirements. For example, the European Union introduced a seasonal coefficient of performance (SCOP) in its 2009 Ecodesign legislation. It expresses energy efficiency in primary energy terms, and since 2017 only air-to-water pumps and ground source heat pumps exceeding a minimum energy efficiency of 115‑125% (comparable to a SCOP of 2.875 to 3.125) have been allowed to be sold. For air-to-air heat pumps, the EU minimum is a SCOP of 3.8.

Naturally, standards and labels should continue to send positive signals regarding heat pump performance relative to that of gas boilers. For instance, the EU Energy Label Regulation sets the ‘A’ label for energy performance at the minimum primary-to-final energy ratio of 0.92, which applies to condensing boiler technology. Better-performing products such as heat pumps are labelled A+ to A+++. Other policy signals, such as carbon intensity expectations for heating equipment, would also encourage greater heat pump adoption.

Perspectives for the Clean Energy Transition: The Critical Role of Buildings explores the critical role of buildings in meeting climate change targets, using clean energy solutions that exist today. It considers the investments and strategies needed to enable the buildings sector transition, and the multiple benefits of transformation, including improving the quality and affordability of energy services in buildings for billions of people.

The IEA Heat Pumping Technologies Technology Collaboration Programme is a non-profit organisation that aims to accelerate the implementation of heat pump technologies, including for air conditioning and refrigeration, especially when they can reduce energy consumption and increase the use of renewal energy sources for the benefit of the environment.