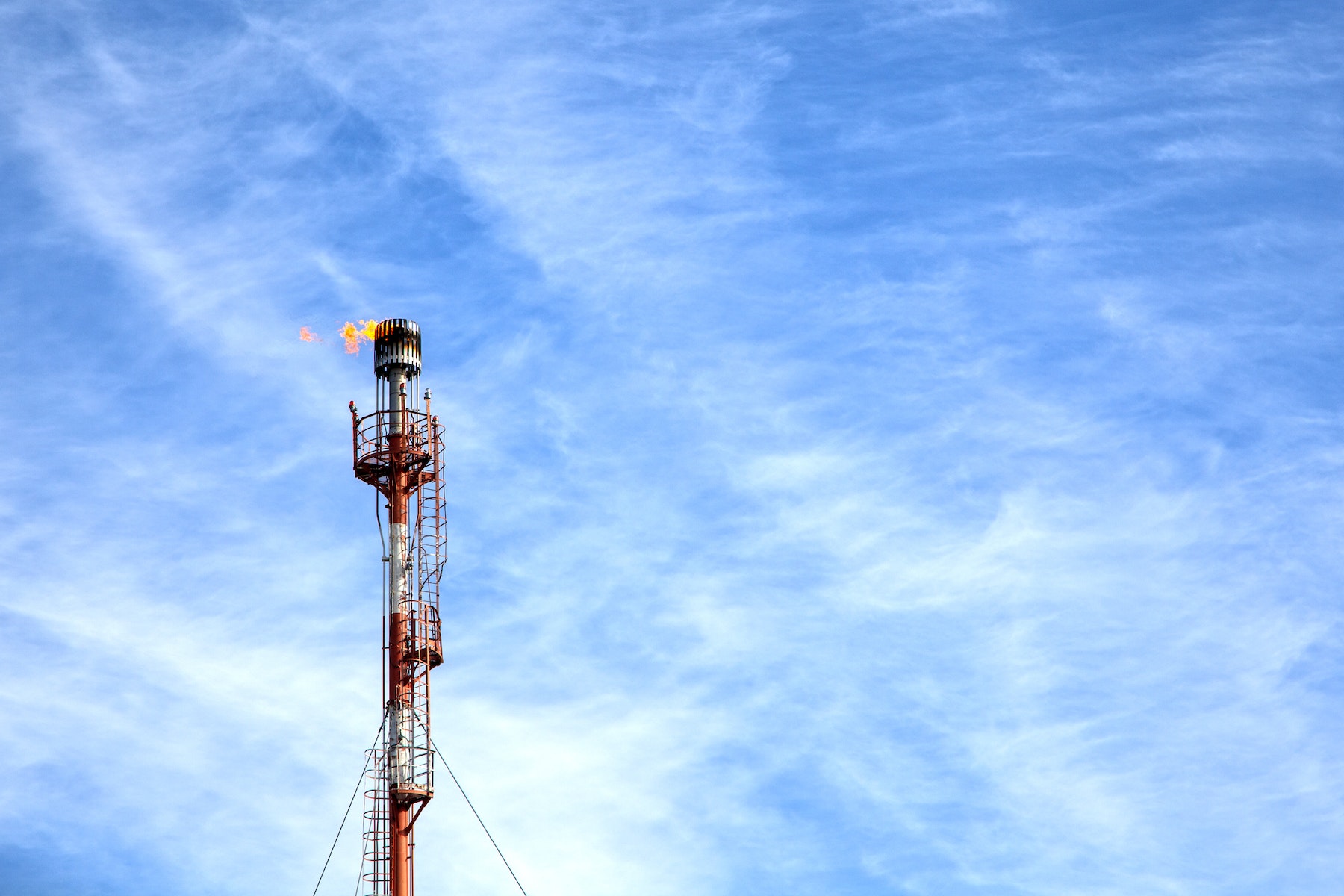 Around 140 bcm of gas was flared in 2017, equivalent to Africa’s gas consumption. This is a slight decrease from 2010 but higher than in 2000. Most flared gas is converted into CO2, resulting in emissions of around 270 MtCO2. Russia, Iraq, Iran and the United States account for almost half of flaring globally. An increasing number of government and industry commitments aim to eliminate flaring by 2030, but most are voluntary. Under the SDS, flaring rates drop rapidly and are all but eliminated by 2025.

Natural gas is often produced as a by-product of oil extraction (‘associated gas’). Without a strong commercial case or enough regulatory incentives to bring the gas to market, an operator must choose whether to use it on-site, reinject it into the ground, vent it as methane into the atmosphere, or flare it.

Methane is a very potent GHG if released directly into the atmosphere, so flaring is often a preferred option, referred to as ‘routine flaring’. Gas is also flared as a safety measure if there has been a build-up in gas pressure.

In both cases, the gas is not put to any productive use. In addition, flares are rarely 100% efficient, meaning that some of the gas is not burned and is instead released into the atmosphere as methane.

Few countries systematically measure, record and release flaring data publicly. The lack of monitoring equipment and limited oversight make it difficult to precisely quantify the amount of gas-flaring around the world. However, based on satellite measurements, the Global Gas Flaring Reduction (GGFR) Partnership publishes flaring estimates for around 85 countries.

Based on satellite data, over 140 bcm of gas were flared globally in 2017, equal to Africa’s total natural gas consumption that year. As a result, 270 MtCO2 and 3 Mt of methane were released into the atmosphere.

Only five countries (Russia, Iraq, Iran, the United States and Algeria) are responsible for more than 50% of flaring globally.

Russia recorded the largest flaring volumes but also showed the largest decrease in 2016-17 in absolute terms (a drop of 2.5 bcm). There has been particular concern recently about the level of flaring in some tight-oil areas of the United States. It is estimated that 3 bcm to 4 bcm were flared in the Permian region alone in 2017 (EDF, 2019; Rystad, 2018). But there are also large volumes flared in the Middle East, e.g. Iraq flared around 18 bcm in 2018.

In the Sustainable Development Scenario (SDS), the volume of gas flared drops dramatically over the next decade. Flaring is soon eliminated in all but the most extreme cases, with less than 13 bcm flared from 2025 onwards, less than 10% of the 2017 level.

In 2018, the Nigerian National Petroleum Corporation, the regulator of oil and gas operations in Nigeria, announced a new strategy to end routine flaring by 2020. For new projects, field development plans must include a gas utilisation scheme and the routine flaring of natural gas is prohibited. For existing projects, the recent Flare Gas (Prevention of Waste and Pollution) Regulations 2018 aim to ensure that flaring will decrease steadily while the penalties set out in the 2016 Nigeria Gas Flare Commercialization Programme are enforced more stringently.

In the United States, The North Dakota Industrial Commission (NDIC) requires that exploration and production companies file a gas capture plan with their drilling permits and put flaring limits in place. The NDIC allows flaring for one year following first production from a well, then sets targets for reducing the share of gas flared (e.g. no more than 12% was to be flared by November 2018, but these targets were subsequently relaxed).

The Iraqi government has been a longstanding member of the GGFR Partnership and has pledged to reduce flaring on several occasions. Past commitments have rarely been met, however, and the deadline for ending flaring in southern Iraq has been pushed back from 2016 to 2022. Nevertheless, a number of Iraqi companies have recently announced targets to reduce flaring and substantially increase the volumes of associated gas brought to market.

Various energy companies, governments and institutions have endorsed the Zero Routine Flaring by 2030 initiative launched by the World Bank and the United Nations in 2015.

So far, 36 oil companies, 32 governments and 15 development institutions have endorsed the initiative.

Norway was one of the first countries to introduce regulations (in 1993) requiring operators to meter flared gas and taxing flaring-related CO2 emissions. A reduction of more than 60% has been achieved from pre-1990 levels.

In Canada, Alberta’s Energy and Utilities Board regulates flaring and venting with Directive 060: Upstream Petroleum Industry Flaring, Incinerating and Venting.

This guide challenges operators to eliminate routine associated gas flaring whenever possible: operators set voluntary targets, and if they are not achieved the regulator steps in with a more prescriptive approach.

Flared volumes fell by more than 70% between 1996 and 2004 as a result. British Columbia and Saskatchewan also have regulatory measures in place to address flaring in upstream oil and gas operations.

WEO 2018 contains a dedicated section on innovation and the environmental performance of oil and gas, and explores ways to reduce the emissions intensity of oil and gas operations.