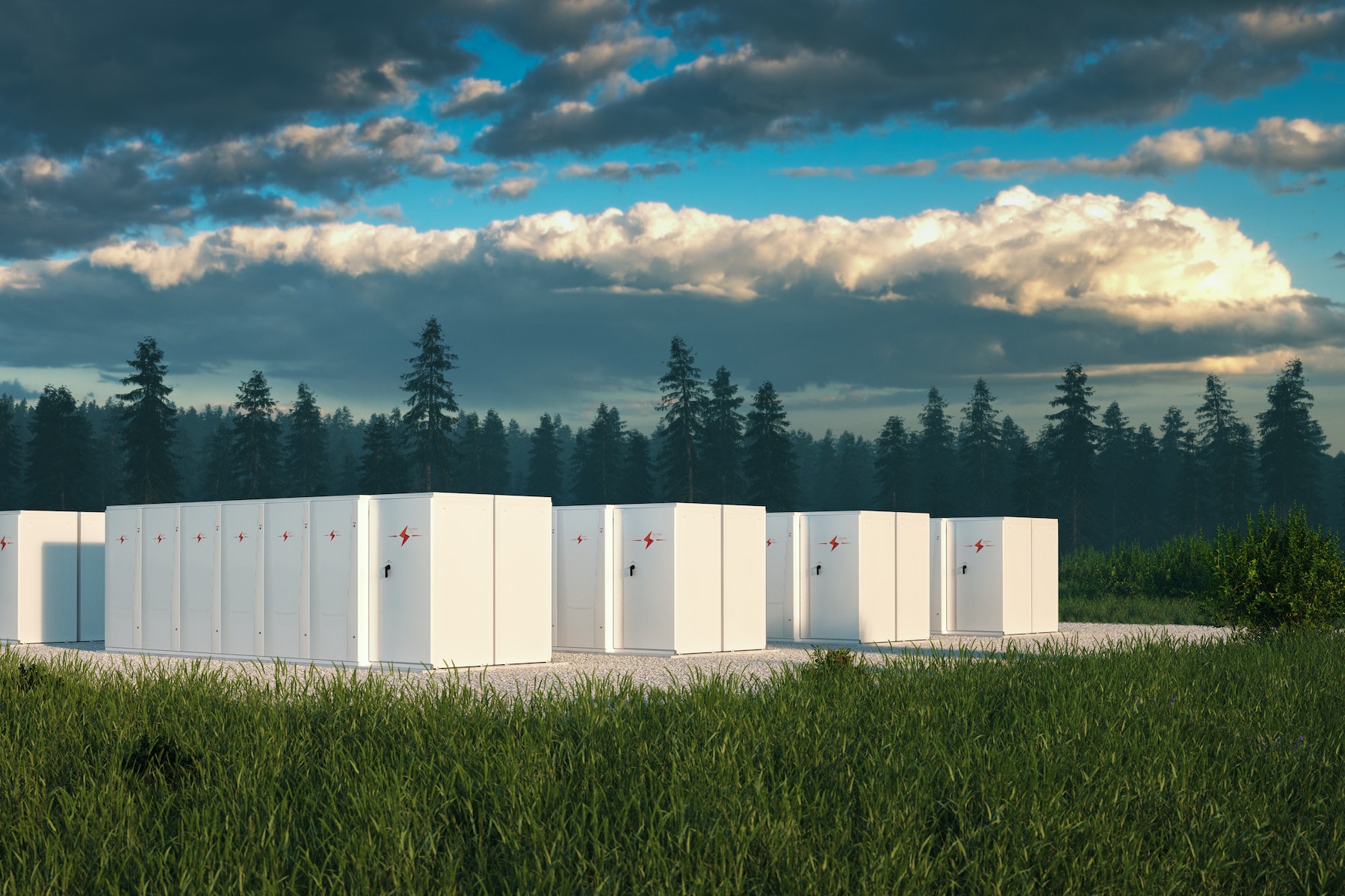 For the first time in nearly a decade, annual installations of energy storage technologies fell year-on-year in 2019. Grid-scale storage installations dropped 20%, while behind-the-meter storage remained flat overall despite a near-doubling of residential batteries, consolidating a shift towards behind-the-meter storage. Continued uncertainty in 2018’s key growth market, Korea, and sluggish activity in Europe and the United States underpinned a lacklustre year for storage. Events in 2019 highlighted how fragile growth in these technologies remains, as they continue to depend heavily on policy intervention through direct support or market creation. Storage needs to return to double-digit growth figures to stay on track with the SDS pathway.

Around the globe, 2.9 GW of storage capacity were added to electricity systems in 2019 – almost 30% less than in 2018. The factors behind this trend underline how much storage remains an early-stage technology, present in only a few key markets and heavily dependent on policy support.

Annual installations fell by 80% in Korea after a record year in 2018, when Korea accounted for one-third of all capacity installed worldwide. The drop resulted from growing concern over several fires at grid-scale storage plants in 2018. Although there was a large-scale review of the fires and safety measures were implemented, five more fires broke out in 2019.

A second review by a public-private joint investigation committee found the cause in the batteries themselves, which could have important consequences for the Korean battery industry. The controversy also affected consumers in the commercial and industrial behind-the-meter market, where demand shrank fourfold to just over 200 MW.

In Japan, however, sales of behind-the-meter storage were strong, reaching over 200 MW and making the country the global market leader. A primary reason for this growth was the phaseout of the solar feed-in scheme in 2019, which rewarded the export of self-produced power to the grid. Owners of solar PV systems are now purchasing battery systems to use more of their own electricity production and mitigate losses. Plus, a feed-in premium that is to be introduced in 2021 could further encourage storage adoption if it is well designed.

A key driver of growth in energy storage has been the co-location of renewable energy production facilities with energy storage assets, which stabilises production and ensures firmer capacity during peak demand periods. India explicitly began rewarding this application in 2019 with a 1.2‑GW large-scale auction of solar-plus storage, mandating storage capacity for 50% of generation installed. Elsewhere in Asia, Singapore announced a post-2025 target of 200 MW of storage.

In the United States, California continued to be a hotbed of activity in 2019, with over 10 000 behind-the-meter storage systems sold. The growth in storage for back-up power was largely prompted by concerns over grid resilience to wildfires following a disastrous 2019 season, and customers in high-risk wildfire areas are being prioritised for higher incentives. Utilities around the United States continue to favour co-located storage projects with solar PV, and project development in the immediate future could encompass as much as 15 GW. Meanwhile, Virginia and Nevada have announced long-term storage targets totalling 3.4 GW.

In Europe, the European Commission has signalled strong long-term support for energy storage. The European Clean Energy Package (CEP) has defined storage as an entity separate from generation, transmission or load, preventing it from being double-taxed when charging and discharging.

On a more positive note, pilot projects were launched around Europe to explore new applications and markets for storage: as transmission assets in Germany (Netzbooster) and France (Ringo), and through aggregation in Italy (UVAM) and the United Kingdom (by Powervault and Kaluza).

Overall, however, the storage capacity installation rate in Europe slowed by 40% year-on-year. Behind-the-meter storage outshone sluggish deployment of grid-scale applications, led by Germany where over 50 000 systems were deployed through 2019 without any subsidy.

Australia remains a key market for behind-the-meter storage. Virtual power plants are quickly gaining popularity as a way to aggregate distributed assets (see separate Demand Response section). The additional revenues from aggregation could accelerate deployment in Australia, which already ranks fifth in the world for market size. Co-located storage capacity also expanded in 2019, and over 200 MW of capacity is under construction around the country.

Rules governing who should own and operate storage assets have long been a source of contention in electricity markets, and in 2019 the number of markets ruling or revising these regulations increased. At the core of the issue is whether storage can provide services to electricity grids, including transmission and distribution deferral, together with flexibility and balancing services in energy and capacity markets.

The European CEP, approved in May 2019, allows transmission and distribution operators to own and operate storage only under exceptional circumstances, which have yet to be codified in national legislation.

China also reviewed its regulations in 2019, and grid companies are no longer permitted to include storage costs in their transmission and distribution fees. As a result, the announcement of new projects was frozen and installations throughout the year shrank by one-third. The storage market in China is now shifting towards the colocation of storage and reducing the curtailment of onsite renewable power generation.

US states are working to further clarify the role of storage. California’s Independent System Operator continues to review its storage ownership rules; the Midwest Independent System Operator requested the federal regulator’s permission to use storage as an alternative to transmission; and ERCOT, the Texan grid operator, appointed an internal task force to define storage as an entity separate from generation or load.

Other jurisdictions are actively planning to deploy storage in networks: in Germany, a slew of projects under the Netzbooster programme will evaluate storage as a transmission asset, and a similar programme in France (Ringo) received regulatory approval to begin development in 2020.

In Australia, grid companies are allowed to own storage assets under certain conditions, and in Chile the national law was changed to allow for storage to serve as transmission network reinforcement in emergency cases.

The technology mix remains largely unchanged year-on-year. Lithium-ion battery storage continued to be the most widely used, making up the majority of all new capacity installed.

A key speculation for the future of energy storage is the extent to which EV technology developments can “spill over” into grid-scale batteries. Given that the market for EV batteries is already ten times greater than for grid-scale batteries, the indirect effects of innovation and cost reductions in mobility applications could be a significant boost.

Evidence from 2019 shows that spillover effects are already strong. Around 60% of grid-scale batteries are currently nickel-manganese-cobalt blends – the technology of choice in EVs. EV battery manufacturers aim to continually develop greater energy density to reduce upfront costs and increase EV range, but this has little impact on stationary applications. Therefore, as supply chains advance to the next higher-performing blend or chemistry, technology that may become less attractive for EVs can be deployed at a lower cost for stationary applications on the grid.

EV supply chains and industrial policies can also create path dependency in the technology mix for energy storage applications. In China, lithium iron phosphate batteries were used for the majority of grid-scale installations in 2019 because the Chinese government tightened energy density requirements for EV batteries, and the resulting manufacturing overcapacity in this relatively lower-density technology was shifted to grid-scale applications. Manufacturers of lithium iron phosphate batteries are also largely China-based, while nickel manganese cobalt batteries are produced primarily in Korea.

Form Energy, a redox flow developer, secured funding of USD 40 million and announced a 150‑MWh aqueous-air battery project in the United States, while a joint venture between the Saudi Aramco subsidiary Nusaned and the Schmidt group began developing a 3‑GWh flow battery in Saudi Arabia.

Storage underperformed in 2019, largely due to uncertainty and slow progress in establishing rules and regulations for its deployment and use.

Experience from 2019 shows that storage is diversifying into new markets and applications. Consumer-led deployment driven by resilience (California, Japan), prosumerism (Australia, Germany), and other factors are emerging as key forces.

Nevertheless, the role of storage in networks remains a contentious issue and regulations will need to evolve to reflect its new functions, including leveraging flexibility from consumer aggregation or grid congestion.

To assess economics and potential, and to prioritise R&D needs and adequately design policy support, storage technologies need to be understood in the context of the services and applications they provide. These range from restoring grid operations following a blackout to providing operating reserves or deferring investment in new transmission lines.

However, storage is only one of a suite of options to provide energy system flexibility. The first step in a proper assessment is therefore to undertake a whole-system study of flexibility requirements that compares the case for storage against other options such as demand response, power plant retrofits, smart-grid measures that enhance electricity networks, and other technologies that raise overall flexibility.

Battery storage may not always be the most attractive option, and the long lead times for other storage technologies that are competitive today imply that even if investment signals for flexibility are currently lacking, it is critical to assess country and regional capabilities that will be relevant in the long term.

Place flexibility – not individual technologies – at the core of policy design

A key issue is storage ownership: in many markets, storage is considered a generation asset and system operators (for transmission as well as distribution) are not allowed to own storage devices. This is a significant barrier to transmission and distribution deferral, one of the highest-value applications for storage.

Continue to revise the status of storage in regulatory frameworks

Experience in the United States, Europe and Australia has shown that rewarding how quickly or how often system assets respond – or reducing regulatory barriers to make storage part of ancillary services – could help developers monetise the value of storing electricity. Storage economics improve greatly with “stacked” benefits, i.e. the bundling together of several power and energy applications.

Expand the role of storage in ancillary service and flexibility markets

While it is not always cost-optimal for the system, co‑siting renewables and storage may be the second-best option for deploying system flexibility.

Governments and utilities should continually improve their planning mechanisms to ensure that the siting of renewables is carried out optimally and does not pre-empt the need for storage.

Prioritise the most easily accessible applications

The IEA Energy Conservation and Energy Storage Technology Collaboration Programme aims to research, develop and demonstrate technology solutions for thermal energy storage as well as electricity storage, and to encourage the exchange of information and best practices.

This commentary, an excerpt from World Energy Outlook 2019, explores the cost reduction trajectory and market potential for storage in the IEA’s Stated Policies Scenario.