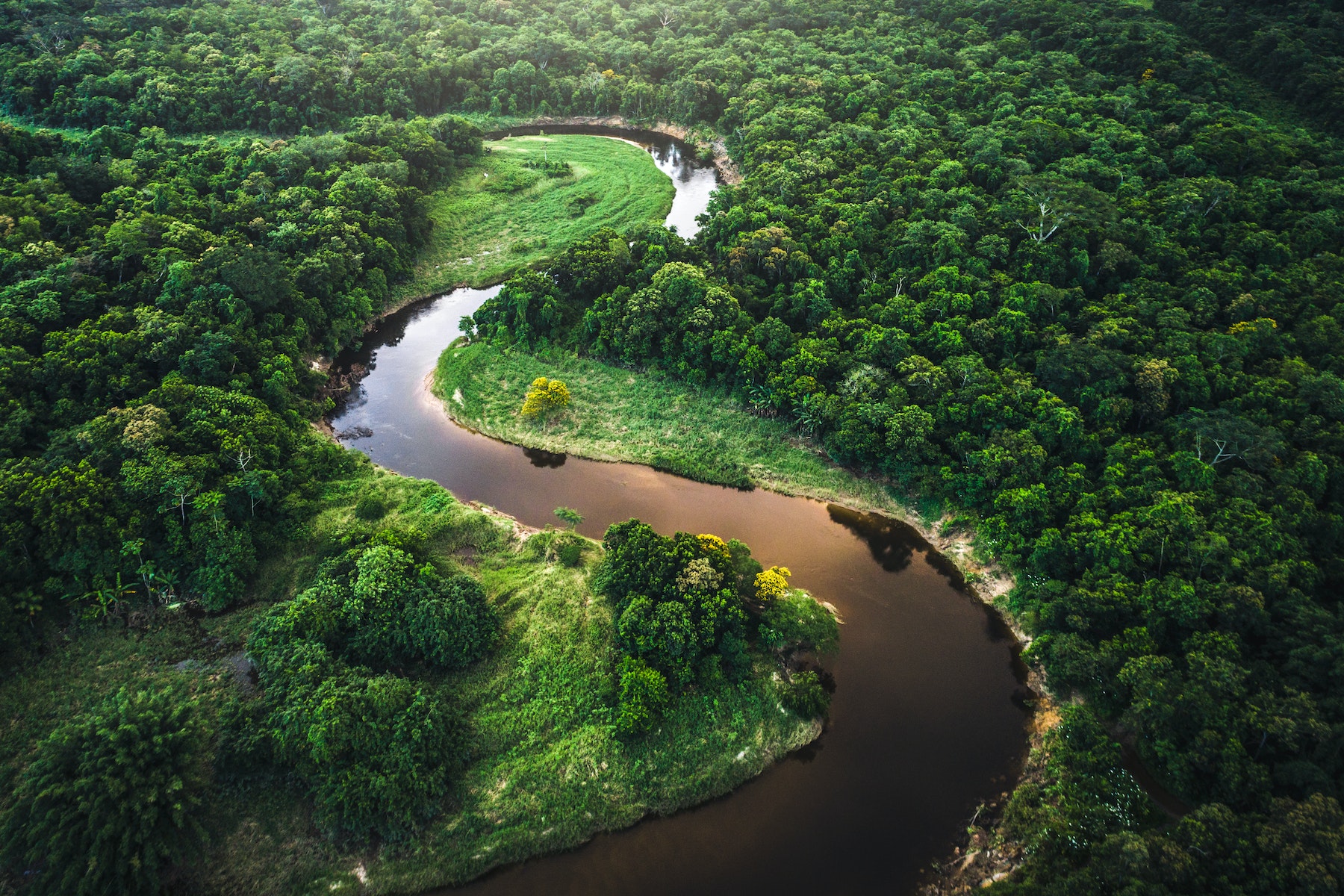 Since the scale of the economic crisis began to emerge, the IEA has been leading the calls for governments to make the recovery as sustainable and resilient as possible. This means immediately addressing the core issues of global recession and soaring unemployment – and doing so in a way that also takes into account the key challenge of building cleaner and more secure energy systems.

As they design economic recovery plans, policy makers are having to make enormously consequential decisions in a very short space of time. These decisions will shape economic and energy infrastructure for decades to come and will almost certainly determine whether the world has a chance of meeting its long-term energy and climate goals.

The Sustainable Recovery Plan set out in this report shows governments have a unique opportunity today to boost economic growth, create millions of new jobs and put global greenhouse gas emissions into structural decline. This work was done in collaboration with the International Monetary Fund.

“Policy makers are having to make hugely consequential decisions in a very short space of time as they draw up stimulus packages. Our Sustainable Recovery Plan provides them with rigorous analysis and clear advice on how to tackle today’s major economic, energy and climate challenges at the same time. The plan is not intended to tell governments what they must do. It seeks to show them what they can do.”

The biggest global economic shock in peacetime since the 1930s is having a severe impact on employment and investment across all sectors, including energy. With the global economy set to shrink by 6% in 2020, some 300 million jobs may have been lost during the second quarter of the year. This disruption has sent shock waves through energy markets, with global energy investment expected to shrink by an unparalleled 20% in 2020.

The energy sector, particularly electricity, has played a critical role in the global response to the Covid-19 crisis. Uninterrupted energy supplies have enabled hospitals to provide care, food and other essentials to be delivered, and millions of people to work and study from home while maintaining social contact online. Without access to reliable and affordable electricity, the lockdowns introduced by governments to tackle the public health crisis would have resulted in far greater economic damage.

Governments are responding to the economic crisis on a massive scale. So far, they have announced measures worth about USD 9 trillion, focusing primarily on emergency financial and economic relief to prevent an even deeper crisis. With more stimulus coming, attention is now turning to longer-term recovery plans that seek to repair the economic damage from the disruptions caused by confinement measures and restrictions on mobility. Some plans already include energy, and its role could grow in successive rounds of stimulus spending.

In response to calls from governments around the world, the IEA has produced a Sustainable Recovery Plan for actions that can be taken over the next three years. This detailed plan is focused on cost-effective measures that could be implemented during the specific timeframe of 2021 to 2023. It spans six key sectors – electricity, transport, industry, buildings, fuels and emerging low-carbon technologies. The plan takes into account national and international objectives for long-term growth, future-proofed jobs and sustainable development goals.

Based on rigorous analysis conducted in co‑operation with the International Monetary Fund (IMF), the Sustainable Recovery Plan has three main goals: boosting economic growth, creating jobs and building more resilient and cleaner energy systems. The plan sets out the policies and targeted investments for each key sector, including measures designed to: (1) accelerate the deployment of low-carbon electricity sources like new wind and solar, and the expansion and modernisation of electricity grids; (2) increase the spread of cleaner transport such as more efficient and electric vehicles, and high-speed rail; (3) improve the energy efficiency of buildings and appliances; (4) enhance the efficiency of equipment used in industries such as manufacturing, food and textiles; (5) make the production and use of fuels more sustainable; and (6) boost innovation in crucial technology areas including hydrogen, batteries, carbon capture utilisation and storage, and small modular nuclear reactors.

Governments are set to make major decisions that will affect huge amounts of investment and shape infrastructure and industries for decades to come. Massive stimulus packages offer a unique opportunity to put the energy sector on a more sustainable path. Compared with the 2008‑09 crisis, the costs of leading clean energy technologies such as wind and solar PV are far lower, and some emerging technologies like batteries and hydrogen are ready to scale up. Global CO2 emissions flat-lined in 2019 and are set for a record decline this year. While this drop, which results from lockdown measures and their economic impacts, is nothing to celebrate, it provides a base from which to put emissions into structural decline.

Our Sustainable Recovery Plan shows it is possible to simultaneously spur economic growth, create millions of jobs and put emissions into structural decline. Through detailed assessments of more than 30 specific energy policy measures to be carried out over the next three years, this report considers the circumstances of individual countries as well as existing pipelines of energy projects and current market conditions. Achieving the results outlined below would require global investment of about USD 1 trillion annually over the next three years. This represents about 0.7% of global GDP.

This plan can add 1.1 percentage points to global economic growth each year. It would boost the annual growth of developing countries by around 1.3 percentage points and lead to global GDP being 3.5% higher in 2023 than it would have been otherwise. It would also bring lasting benefits to the global economy because investment in new infrastructure, such as electricity grids and more energy-efficient buildings and industries, would improve the overall productivity of both workers and capital. The measures would also accelerate the achievement of sustainable development goals: around 420 million people would gain access to clean-cooking solutions in low-income countries, and nearly 270 million people would gain access to electricity.

The effect on employment would be significant, saving or creating roughly 9 million jobs a year over the next three years. Our new IEA energy employment database shows that in 2019, the energy industry – including electricity, oil, gas, coal and biofuels – directly employed around 40 million people globally. Our analysis estimates that 3 million of those jobs have been lost or are at risk due to the impacts of the Covid-19 crisis, with another 3 million jobs lost or under threat in related areas such as vehicles, buildings and industry.

The largest amount of new jobs would be in retrofitting buildings and other measures to improve their energy efficiency, and in the electricity sector, particularly in grids and renewables. The other major areas where jobs are created or saved include energy efficiency in industries such as manufacturing, food and textiles; low-carbon transport infrastructure; and more efficient and new energy vehicles.

The global energy sector would also become more resilient, making countries better prepared for future crises. Investment in enhancing and digitalising electricity grids, upgrading hydropower facilities, extending the lifetime of nuclear power and increasing energy efficiency would improve electricity security by lowering the risk of outages, boosting flexibility, reducing losses and helping integrate larger shares of variable renewables such as wind and solar PV. Electricity grids, the backbone of secure and reliable power systems, would see a 40% increase in investment after years of decline. This would put them on a stronger footing to withstand natural disasters, severe weather and other potential threats.

The plan provides a significant boost to jobs and growth…

As a result of the Sustainable Recovery Plan, annual energy-related greenhouse gas emissions would be 4.5 billion tonnes lower in 2023 than they would be otherwise. After the 2008‑09 financial crisis, global CO2 emissions bounced back with the largest increase ever recorded as the world economy started growing again. The Sustainable Recovery Plan would avoid that kind of rebound in emissions and instead put them into structural decline while still generating economic growth and creating jobs. Air pollution emissions would also decrease by 5% as a result of the plan, reducing health risks around the world.

The plan would make 2019 the definitive peak in global emissions, putting them on a path towards achieving long-term climate goals, including the Paris Agreement. Energy efficiency measures would deliver the largest overall emissions reductions under the plan, accompanied by a major increase in low-carbon electricity generation. Emissions of methane, a potent greenhouse gas, from oil and gas operations would fall. Around one-third of the reductions in greenhouse gas emissions would result from measures that also save money for consumers and industries. The process of reforming inefficient fossil fuel subsidies would also accelerate, taking advantage of low oil and gas prices to avoid hurting consumers.

A wide range of policies, initiatives and new regulatory frameworks would be required to support the deployment of this plan. The focus for governments should be to deliver resilient and clean energy projects that are shovel-ready. They also need to develop a strong pipeline of new projects and to tailor support for distressed industries such as the auto sector. Creating the right investment conditions will be critical for mobilising large quantities of private capital and ensuring that this aligns with the goals of the Sustainable Recovery Plan. International co-operation is also essential to help align different countries’ actions and re-establish global supply chains.

The IEA has been leading the calls for governments to make the economic recovery as sustainable and resilient as possible. We first conducted detailed analysis of the impact on global energy demand and assessed the damage caused in key areas. With this report, we are identifying the most effective measures available to governments as they consider their recovery plans. The Sustainable Recovery Plan is not intended to tell governments what they must do. It seeks to show them what they can do. The IEA is providing decision-makers in government, industry and the investment community with the strongest possible data, analysis and policy options to help them choose the best path forwards. We are bringing all of these groups together to identify how to act on the findings of this report at the IEA Clean Energy Transitions Summit on 9 July 2020.

Next Covid-19 and energy: setting the scene