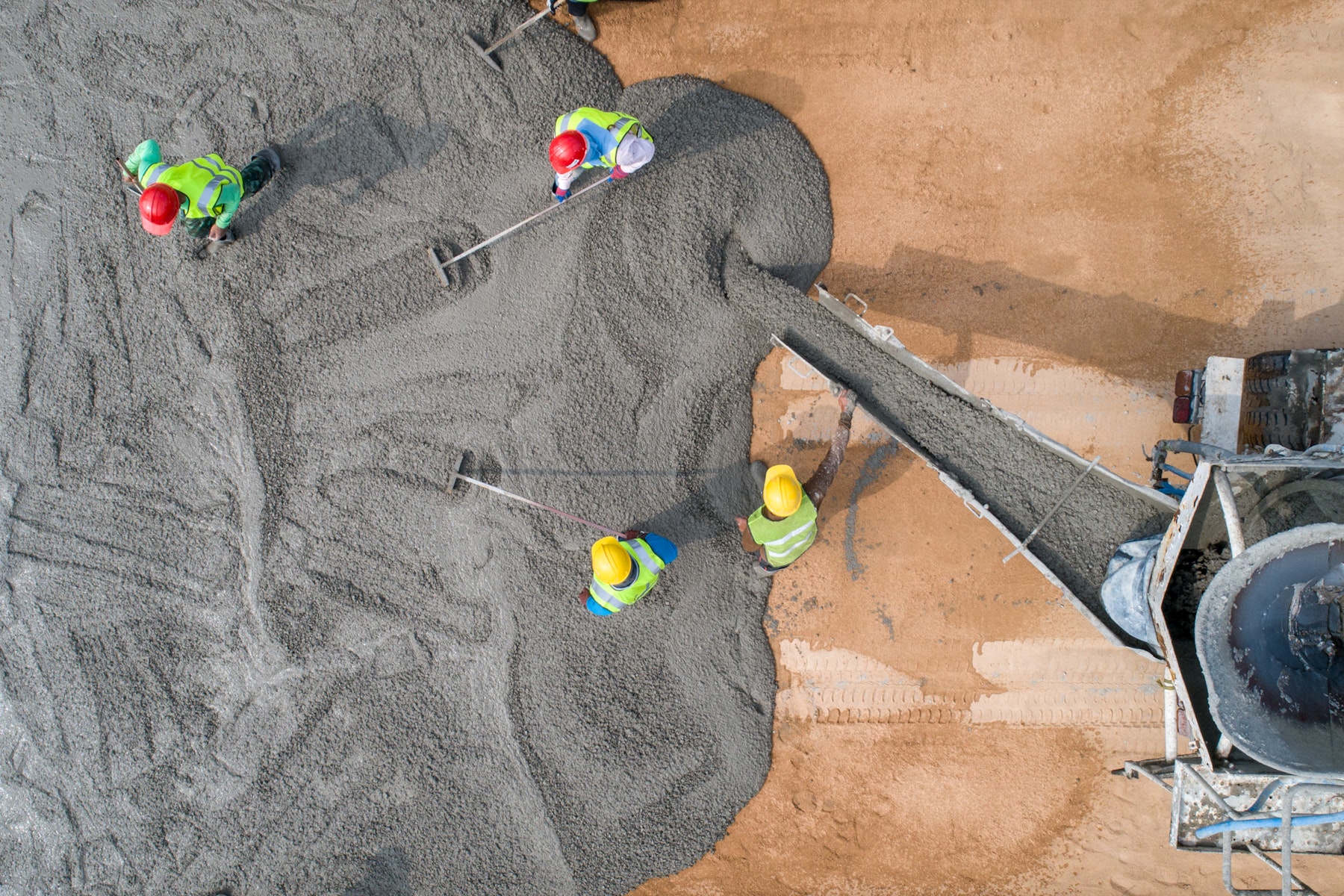 The direct CO2 intensity of cement production increased 0.5% per year during 2014 18. To get on track with the SDS, a 0.8% annual decline is necessary to 2030. Sharper focus is needed in two key areas: reducing the clinker-to-cement ratio (including through greater uptake of blended cements) and deploying innovative technologies (including CCUS). Governments can stimulate investment and innovation in these areas through funding RD&D and adopting mandatory CO2 emissions reduction policies.

Reducing CO2 emissions while producing enough cement to meet demand will be very challenging, especially since demand growth is expected to resume as the slowdown in Chinese activity is offset by expansion in other markets.

Key strategies to cut carbon emissions in cement production include improving energy efficiency, switching to lower-carbon fuels, promoting material efficiency (to reduce the clinker-to-cement ratio and total demand) and advancing process and technology innovations such as CCS. The latter two contribute the most to direct emissions reductions in the Sustainable Development Scenario (SDS).

Demand for cement in the construction industry drives production and is thus an important determinant of cement subsector energy consumption and CO2 emissions. Initial estimates suggest that 4.1 Gt of cement were produced globally in 2019. Production reached a high of 4.2 Gt in 2014 and has since remained at around 4.1 Gt. China is the largest cement producer, accounting for about 55% of global production, followed by India at 8%.

Without efforts to reduce demand, annual cement production is expected to grow moderately to 2030. Production is likely to decline in China in the long term, but increases are anticipated in India, other developing Asian countries and Africa as these regions develop their infrastructure.

Adopting material efficiency strategies to optimise the use of cement would help reduce demand along the entire construction value chain, helping to cut CO2 emissions from cement production.

Lower cement demand can be achieved through actions such as optimising the use of cement in concrete mixes, using concrete more efficiently, minimising waste in construction, and maximising the design life of buildings and infrastructure. Material efficiency efforts have gained increasing support in recent years.

Cement production has remained relatively flat over the past five years

Globally, the energy intensities of thermal energy and electricity have continued to decline gradually as dry-process kilns – including staged preheaters and precalciners (considered state-of-the-art technology) – replace wet-process kilns, and as more efficient grinding equipment is deployed.

The global thermal energy intensity of clinker is estimated to have fallen to about 3.4 GJ/t in 2018, representing annual average drops of 0.5% since 2014. Fossil fuels continue to provide the majority of energy in the cement sector, with bioenergy and biomass-based wastes accounting for only 3% of thermal energy used in 2018.

Progress is particularly needed in the Eurasia region (Russia and the Caspian countries1), which has the highest thermal energy intensity of clinker production (5 GJ/t on average), primarily due to the continued use of wet-process kilns. (Beyond process technology choice, regional factors affect the thermal intensity of clinker, such as moisture content and burnability of raw materials, typical clinker composition and average cement plant capacity.)

The share of bioenergy and renewable wastes doubles to 6% in 2030 in the SDS. Meanwhile, the share of fossil-based waste (such as tyres, waste oil and plastics) stays constant at about 5% of fuel use.

Clinker is the main ingredient in cement, and the amount used is directly proportional to the CO2 emissions generated in cement manufacturing, due to both the combustion of fuels and the decomposition of limestone in the clinker production process.

From 2014 to 2018, the clinker-to-cement ratio increased at an average of 1.6% per year, reaching an estimated 0.70 in 2018; this rise was the main reason for the increase in direct CO2 intensity of cement production over the period.

Although China has one of the lowest clinker-to-cement ratios globally, its ratio rose rise from 0.57 to 0.60 during 2014‑17, then to 0.64 in 2018. The main causes are overcapacity, which reduces momentum for more blending to replace clinker, and changes to cement standards, which have eliminated a grade of composite cement. While China was the main driver of the global increase, the clinker-to-cement ratio has also increased moderately in a number of other regions.

In the SDS, the clinker-to-cement ratio falls by 0.3% per year to a global average of 0.66 by 2030 owing to greater use of blended cements and clinker substitutes, including industrial by-products such as blast furnace slag and fly ash.

In the long term, however, alternative clinker replacements that are widely available – such as calcined clay in combination with limestone – will become more important, as the decarbonisation of power generation as well as of iron and steelmaking will reduce the availability of these industrial by-products.

The global clinker-to-cement ratio has increased in recent years

CCUS will be crucial to reduce cement sector CO2 emissions, particularly the process emissions released during limestone calcination. While commercial deployment of CCUS is currently limited, a number of innovation efforts are under way in recent years.

To be on track to achieve SDS decarbonisation, capture technologies in cement production should be commercialised by 2030. Current efforts include:

While at a considerably earlier stage of development than CCUS, electrification of cement production could also help reduce emissions by using low-emissions electricity and by facilitating the capture of process CO2 emissions (i.e. emissions from limestone decomposition during clinker production).

In Sweden, cement producer Cementa (a subsidiary of HeidelbergCement) and energy producer Vattenfall are working together on the CemZero project to electrify cement production. The feasibility study, completed in early 2019, showed that electrified cement production is technically possible and likely cost-competitive with other options to substantially reduce emissions. The next step will be an in-depth study on how to construct a pilot plant.

Alternative binding materials could also be key to reduce cement production emissions, particularly process emissions. They rely on raw materials or mixes different from those of ordinary Portland cement clinker and are currently at various stages of development.

Policy and private sector efforts are facilitating reductions in energy use and emissions in key cement-producing economies.

Nevertheless, further policy efforts in all countries will be required to achieve the necessary cement sector decarbonisation.

While some promising policies have been introduced in recent years, greater policy ambition is needed to decarbonise cement

Decarbonisation of the cement sector is challenging due to the relatively few emissions mitigation options currently available and the limited economic incentives to reduce emissions in the absence of strong carbon pricing policies.

Energy efficiency can be accelerated through collaborative efforts among industry, public sector and research partners to share best practices on state-of-the-art technologies and to develop plant-level action plans that would increase the speed and scale of technology deployment. Ensuring efficient equipment operations and maintenance would also help guarantee optimal energy performance, as would the use of energy management systems.

The cement industry can also take advantage of opportunities for industrial symbiosis – including using the waste or by-products from one process to produce another product of value – to help close the material loop, reduce energy use and reduce emissions in the case of carbon capture and utilisation. Examples include using steel blast-furnace slag in cement production and waste from other industries as alternative fuels for cement production.

Greater uptake of alternative fuels can be facilitated by redirecting waste from landfills to the cement sector and by co‑ordinating the supply of sustainably sourced biomass across sectors to enable cost-competitive access for the cement sector.

Accelerating innovation and deployment of innovative low-carbon technologies – particularly CCUS and alternative binding materials – will be key to reduce cement production emissions after 2030; RD&D over the next decade is therefore imperative.

Increased support for RD&D is needed from governments and financial investors, particularly to advance the large-scale demonstration and deployment of technologies that have already shown promise. Public-private partnerships can help, as can green public procurement and contracts for difference that generate early demand and can enable producers to gain experience and bring down costs. Government co‑ordination of stakeholder efforts can also direct focus to priority areas and avoid overlap.

Governments may also need to develop or modify regulations to facilitate technology uptake. For example, shifting from prescriptive to performance-based design standards (e.g. within building codes) would stimulate uptake of lower-carbon blended cements and cements that include alternative binding materials.

It will also be important to begin planning and developing infrastructure for the eventual deployment of innovative processes, such as CCUS pipeline networks to transport CO2 for use or storage. Gaining social acceptance for building this infrastructure, particularly CO2 transport and storage facilities, will also be necessary.

Adopting these policies at lower stringencies in the short term (within the next three to five years) will provide an early market signal, enabling industries to prepare and adapt as stringency increases over time. It can also help reduce the costs of low-carbon production methods, softening the impact on cement prices in the long term. Complementary measures may be useful in the short to medium term, such as differentiated market requirements (i.e. a government-mandated minimum proportion of low-emission cement in targeted products).

While a considerable proportion of cement production is not exposed to cross-border competition, measures will be needed to help ensure a level playing field if the strength of policy efforts differs considerably from one region to another. Governments can extend the reach of their efforts by partaking in multilateral forums to facilitate low-carbon technology transfer and to encourage other countries to also adopt mandatory CO2 emissions policies.

Consistently reported data covering a larger share of global production is especially needed, as reporting from some key regions is currently limited. Industry participation and government co‑ordination are both important to improve data collection and reporting. 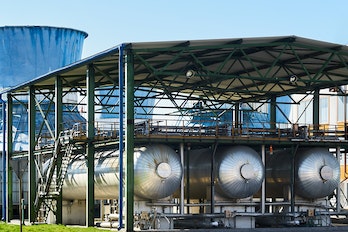 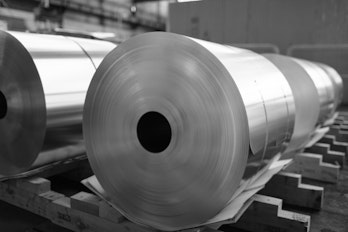 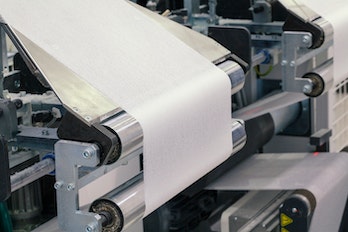 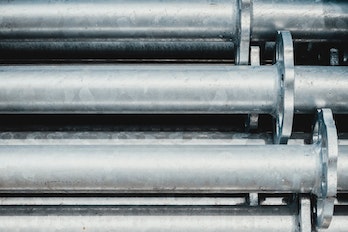 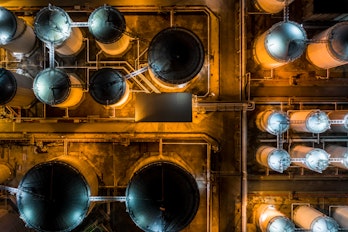