The report looks at how nuclear energy could help address two major crises – energy and climate – facing the world today. Russia’s invasion of Ukraine and the disruptions in global energy supplies that it has fuelled have made governments rethink their energy security strategies, putting a stronger focus on developing more diverse and domestically based supplies. For multiple governments, nuclear energy is among the options for achieving this.

As the world contends with a global energy crisis, nuclear power has the potential to play a significant role in helping countries to securely transition to energy systems dominated by renewables, according to a new special report by the IEA.

In countries that choose to continue or increase their use of nuclear power, it can reduce reliance on imported fossil fuels, cut carbon dioxide emissions and enable electricity systems to integrate higher shares of solar and wind power. Building sustainable and clean energy systems will be harder, riskier and more expensive without nuclear, according to the new report, Nuclear power and secure energy transitions: From today’s challenges to tomorrow’s clean energy systems.

Nuclear is today the second largest source of low emissions power after hydropower, with nuclear plants in 32 countries. About 63% of today’s nuclear generating capacity comes from plants that are more than 30 years old, since many were built in the aftermath of the 1970s oil shocks. But a range of both advanced and emerging economies have recently announced energy strategies that include substantial roles for nuclear power as well as considerable financial incentives to invest in it.

“In today’s context of the global energy crisis, skyrocketing fossil fuel prices, energy security challenges and ambitious climate commitments, I believe nuclear power has a unique opportunity to stage a comeback,” said IEA Executive Director Fatih Birol. “However, a new era for nuclear power is by no means guaranteed. It will depend on governments putting in place robust policies to ensure safe and sustainable operation of nuclear plants for years to come – and to mobilise the necessary investments including in new technologies. And the nuclear industry must quickly address the issues of cost overruns and project delays that have bedevilled the construction of new plants in advanced economies. As a result, advanced economies have lost market leadership, as 27 out of 31 reactors that started construction since 2017 are Russian or Chinese designs.”

In the IEA’s global pathway to reach Net Zero Emissions by 2050, nuclear power doubles between 2020 and 2050, with construction of new plants needed in all countries that are open to the technology. Even so, by mid-century, nuclear only accounts for 8% of the global power mix, which is dominated by renewables.

Despite moves to extend the lifetimes of some existing plants, the nuclear fleet operating in advanced economies could shrink by one-third by 2030 without further efforts. While plant lifetime extensions require substantial investment, they generally yield a cost of electricity that is competitive with wind and solar in most regions.

Robust policies are needed to support the use of nuclear power and enhance its safety, but the industry also must do a better job at delivering projects below cost and within budget to guarantee that nuclear-generated electricity is competitive, according to the report. Government financing will remain necessary to mobilise new investment, not just for plants but also to develop the latest technologies. This is because there is rarely sufficient private sector finance for such capital-intensive and long-lived assets, particularly those exposed to significant policy risk.

A total of 19 countries currently have nuclear reactors under construction, demonstrating the recent momentum behind nuclear power that is likely to be further stimulated by recent spikes in oil, gas and electricity prices. At the same time, nuclear power faces public and political opposition in some countries, and the IEA makes no recommendations to countries that choose not to make use of it in their energy mix.

In the IEA’s Net Zero by 2050 pathway, half of the emissions reductions by mid-century come from technologies that are not yet commercially viable. This includes small modular reactors (SMRs), which are generally defined as advanced nuclear reactors with a capacity of less than 300 megawatts – or about one-third of a traditional plant. The lower cost, smaller size and reduced project risks of SMRs may improve social acceptance and attract private investment. There is increased support and interest in Canada, France, the United Kingdom and the United States for this promising technology.

Momentum is building for nuclear power in many countries amid soaring fuel prices and growing energy security concerns, but success will depend on governments and industry

The report looks at how nuclear energy could help address two major crises – energy and climate – facing the world today. Russia’s invasion of Ukraine and the disruptions in global energy supplies that it has fuelled have made governments rethink their energy security strategies, putting a stronger focus on developing more diverse and domestically based supplies. For multiple governments, nuclear energy is among the options for achieving this. 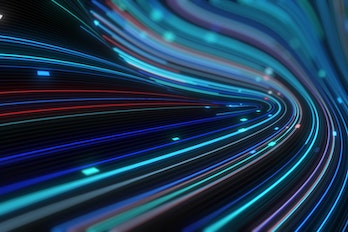